The 101st Anniversary of Azerbaijan Democratic Republic, Grow Together in Harmony

This is the second time for me to hear again the Azerbaijan national anthem. Azerbaijan Embassy was invite us to attend the 101st anniversary of Azerbaijan Democratic Republic and 100 years of Azerbaijan Diplomatic Service on Monday, April 29, 2019 at Kempinski Hotel, Jakarta.

Mr. Ruslan Nasibov as Charge d’Affaires of Azerbaijan Embassy deliver his keynote speech and also reporting about economic and social condition in Azerbaijan today. As we know, Azerbaijan became the first country in the Muslim world who proclaimed its independence in 1918 and became the first democratic Muslim state in the world. Mr. Ruslan also state that this day they have also celebrate 100 years of Diplomatic Service of the Republic of Azerbaijan.

In April 1920, Azerbaijan was incorporated into Soviet Union by invasion of Bolsheviks as Azerbaijan Soviet Socialist Republic. Just two years from Azerbaijan Democratic Republic proclaimed. Azerbaijan finally can get their independence on October 18, 1991 and also diplomatic service is created and until now Azerbaijan have 70 diplomatic missions abroad.

When you look Azerbaijan today, everything has growth in many sector and has rapid economic development. The poverty in the country decreased 5.4 percent in last 15 years, economy grew more than 3 times, 260 billion USD have been invested into this country. In energy sector, Azerbaijan have vast oil and gas reserves as their energy security system.

Bilateral relations between Azerbaijan and Indonesia

Indonesia and Azerbaijan have diplomatic relations since 1992. The political relations are based on the principles of friendship, mutual respect and cooperation. Indonesia and Azerbaijan have a good and strong relationship in many areas such as: investment, trade, tourism, transit and transportation, education and culture. For example from economic sectoral, this bilateral trade turnover reached 9,3 billion USD with 653 million USD recorded last year for 2011-2018 period. From energy sectoral, Azerbaijan has recently signed MoU (Memorandum of Understanding) between SOCAR and Pertamina.

“We eager to work together and explore more opportunities for our bilateral cooperation in the years to come” said Mr. Ruslan Nasibov.

In this special day, Azerbaijan and Pos Indonesia launched post stamp special edition made by Pos Indonesia for celebrating 100 years of the Diplomatic Service of the Republic of Azerbaijan.

Mr. Ruslan also state that in this year Azerbaijan will assumes chairmanship in Non-Alignment Movement and will host Summit of NAM on October 21-26, 2019 with theme “NAM Baku Summit: Upholding the Bandung Principles to ensure concerted and adequate response to the challenges of contemporary world”. “We hope that Indonesia as one of the NAM founders will actively participate in the summit” said Mr. Ruslan. Another good news is Azerbaijan will continue to sharing their experience in ASAN Service System in public service to our country, Indonesia.

After speech session from Mr. Ruslan Nasibov and Indonesian representatives, we can enjoy the dinner and interact with the other guests. This year I really miss the Tar and Nagara performance last year when 100th anniversary of Azerbaijan Democratic Republic.

I really enjoy this ceremony, happy 101st anniversary of Azerbaijan Democratic Republic and 100 years of Azerbaijan Diplomatic Service. We can meet many multinational guests, we eat and talk together and also take photos together. Thank you The Embassy of The Republic of Azerbaijan for the special invitation.

One year has passed again, I hope Indonesia and Azerbaijan will upgrading our cooperation with friendship principle, mutual respect and cooperation, seeking for more opportunities and leading a new innovation. Together we grow in harmony. 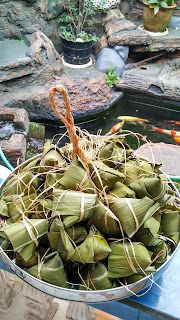